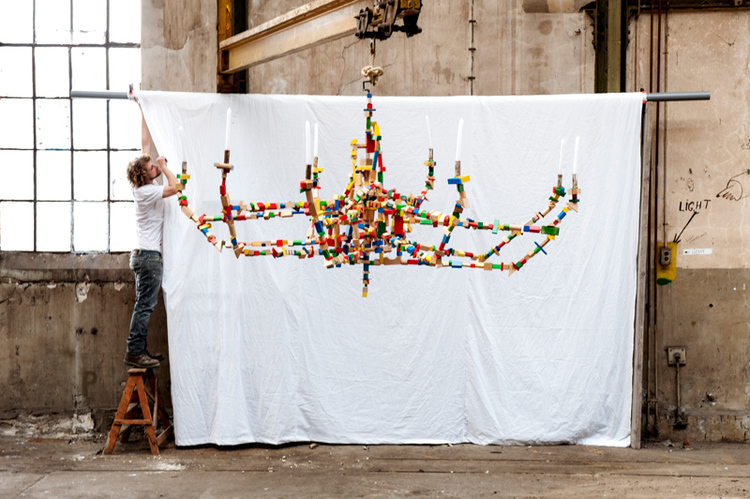 The playful appearance of the Brick Chair triggers ones childhood memories. It is the realisation of a child’s imagination. A drawing made by James Gulliver Hancock triggered me to start stacking the wooden bricks. Bit by bit. Along the way I realized that it is an inter play between ratio (the technical aspect of gravity and forces) and the part in which it is about the playfulness and feeling free.

Soon after the Brick chair was realized the project had to be taken a step further and resulted in a chandelier with a span of 2,5 meter. 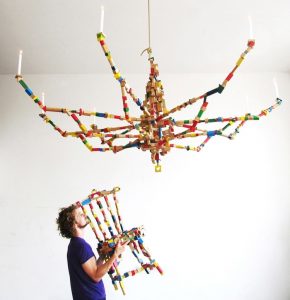 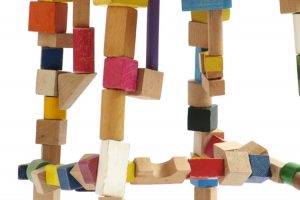